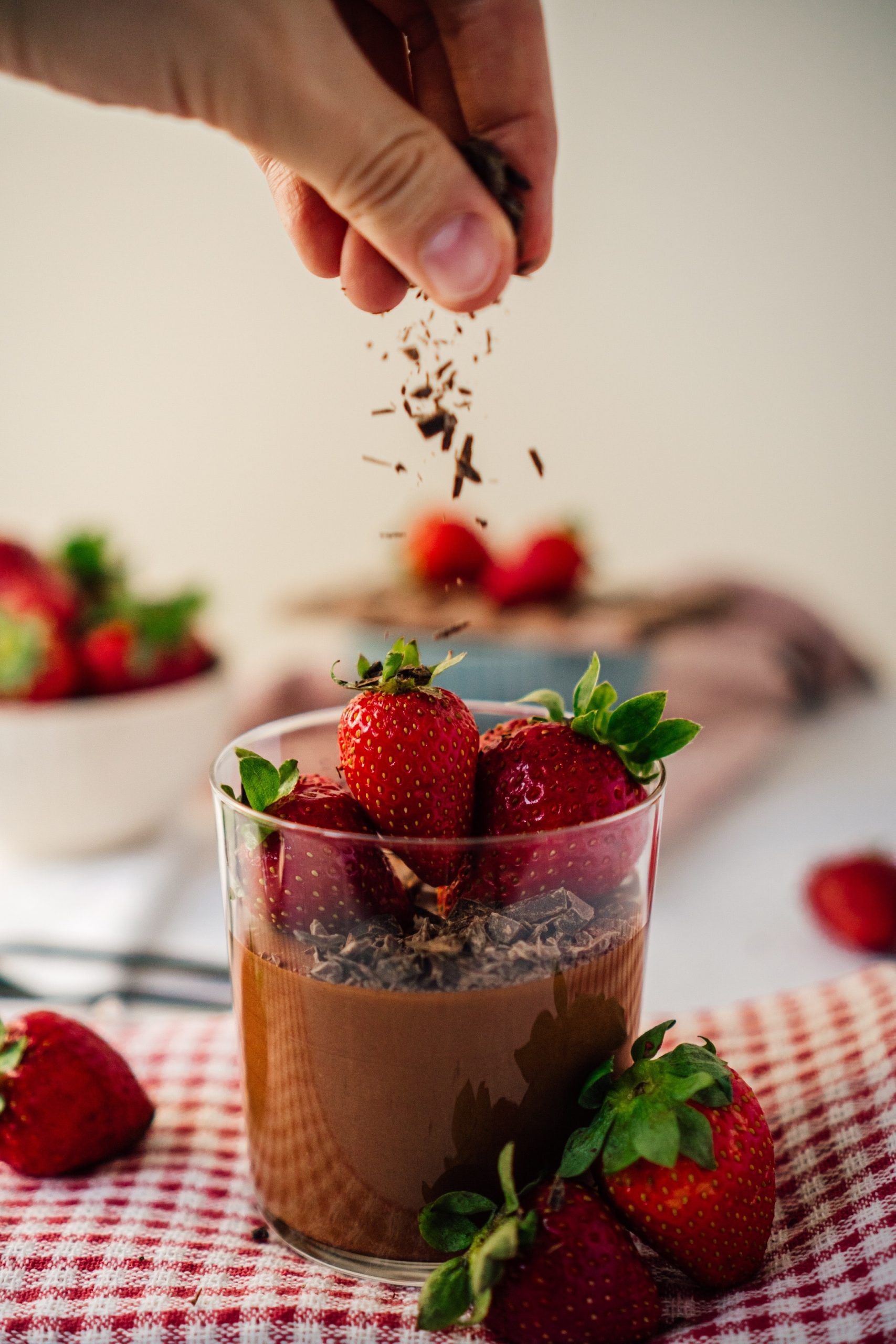 Microwave the mixture in 20-second intervals, stirring between each bout of heat, until the chocolate is about 75% melted.

Let the mixture cool for a few minutes, then whisk in the egg yolks one at a time, mixing until smooth after each addition.

In another medium bowl, beat the egg whites until foamy. Add the cream of tartar and beat until soft peaks form. Gradually beat in 1/4 cup of the sugar and continue beating until stiff peaks form.

Using a spatula, fold the egg white mixture into the chocolate mixture until the mixture is uniformed.

In another bowl, beat the heavy cream until it begins to thicken up. Add the remaining 2 tablespoons of sugar and the vanilla. Continue beating until the cream holds medium peaks.

Divide the mousse between 6 individual glasses, cover, and chill until set, at least 2 hours. Before serving, add your desired toppings on the mousse and serve.

No comments to show.
© 2022 . Created for free using WordPress and Colibri